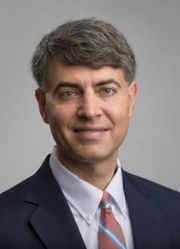 Paul J. DeMarco (born July 20, 1967) is an attorney and state legislator, representing District 46 in the Alabama House of Representatives from 2005 until 2014.

DeMarco grew up in suburban Birmingham and served as a page in the Alabama House of Representatives while in high school. He earned a bachelor's degree in journalism from Auburn University in 1990 and a Juris Doctorate from the University of Alabama School of Law in 1993, having served as editor of the Alabama Law Review. He was admitted to the Alabama State Bar that year and became a partner in the law firm of Parsons, Lee & Juliano. He served a president of the Birmingham Bar Foundation.

DeMarco won a special election on April 26, 2005 to fill the District 46 seat vacated by Mark Gaines. He was elected as the incumbent in the 2006 general election and re-elected without opposition in the 2010 general election. While in Montgomery, DeMarco co-chaired the Jefferson County Legislative Delegation. He was involved in legislation that created the position of Jefferson County Manager and opened the sale of vehicle tags to municipal offices.

In the 2014 Republican primary, DeMarco sought the 6th Congressional District of Alabama seat in the U.S. Congress left vacant by the retirement of Spencer Bachus. He garnered 39% of the primary vote, but lost to Gary Palmer by a wide margin in the runoff.

DeMarco resides in Homewood with his wife, Jacqueline.