This article is about the Methodist bishop. For the UAB administrator, see Paul Hardin (UAB). 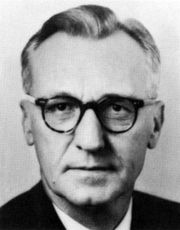 He was Bishop of the Alabama-West Florida Annual Conference of the Methodist Church in 1963 when he joined seven other white clergymen to write the letter A Call For Unity, to which Martin Luther King, Jr replied with his Letter from Birmingham Jail.

Hardin was the son of Paul and Harriet Wannamaker Hardin. He attended Wofford College in 1920 where he studied law and then the Candler School of Theology at Emory University in 1924 where he received his divinity degree in 1927. Hardin was ordained Deacon in 1929 and Elder in 1931. He was assigned to pastorates in South Carolina and in 1949 he was appointed to Birmingham's First Methodist Church of Birmingham.

Hardin was elected bishop on July 15, 1960 at the Southeastern Jurisdictional conference. For many years he was the resident bishop of the Columbia, South Carolina area. From 1961 to 1964 he also had charge of the Alabama-West Florida following the death of Bishop Bachman Gladstone Hodge.

Bishop Hardin was a member of the General Board of Education; of the General Board of Christian Social Concerns; and president of the Council on World Service and Finance.He was a delegate to the General Conference and Jurisdictional conference of 1960. He has been a member of the Lake Junaluska Assembly, and a trustee of Emory University. Bishop Hardin was installed as president of the United Methodist Church's Council of Bishops on April 15, 1971 in San Antonio, Texas. Bishop Hardin died in 1996.