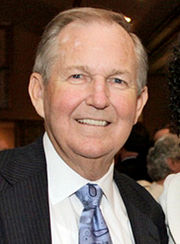 Hubbert grew up on a farm in Walker County and planned to become a lawyer. He earned a certificate in education from Florence State Teachers College and decided to forego law school to remain in the classroom. He taught history at Madison County High School and completed his bachelors degree in education at the University of Alabama in 1959. He then went into school administration, serving as business manager for Tuscaloosa County Schools and superintendent of Troy City Schools.

in 1969 Hubbert was offered a professorship at the University of Alabama and also offered the presidency of the AEA, which at that time represented only white teachers. He accepted the executive job and coordinated the AEA's merger with the African American Alabama State Teachers Association, forming a partnership with its long-time head, Joe Reed. In 1971 they successfully organized teachers to reject a proposal by then-Governor of Alabama George Wallace to move funds from the state's Teachers Retirement System to improve the state's care of mental patients. AEA members marched on the streets and contacted their representatives, successfully turning the legislature against the proposal. The victory established the AEA as a political force. During Hubbert's tenure the organization grew from 20,000 to more than 100,000 members, representing not only teachers and administrators but also support staff. It also began taking on the role of a union by representing members in employment issues. Among its successful initiatives was to overturn policies which forced female teachers to resign if they became pregnant.

The AEA also assumed the role of a lobbying group by issuing statements on matters before the legislature and funding political campaigns through a political action committee. Hubbert himself became recognized as the most powerful un-elected individual in the capitol during legislative sessions, and was often referred to as "Governor Hubbert".

Hubbert ran as the Democratic challenger to incumbent Governor of Alabama Guy Hunt in 1990, losing by a 52-48 vote. He ran for governor again in the 1994 primary, but lost the nomination to Jim Folsom, who, as Lieutenant Governor, had already assumed the office when Hunt was convicted of stealing campaign funds.

Hubbert underwent liver transplant surgery in 1989, after which he required thrice-weekly dialysis, and had heart bypass surgery in 2005. He died in October 2014 following a fall.