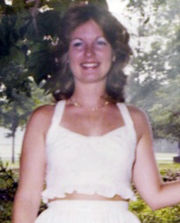 Quenette Shehane (born 1955; died December 20, 1976) was a student at Birmingham-Southern College who was abducted, raped and killed by three men. She was survived by her parents, Edward and Miriam Shehane of Clio, and her sister Sonya.

Shehane went to the U-Tote-Em convenience store near BSC's campus to purchase salad dressing for a cookout at her boyfriend's fraternity house. She was forced into her car, taken to the Hooper City neighborhood, then raped and killed by Wallace Norrell Thomas, Edward Bernard Neal and Jerry Lee Jones, all students at Daniel Payne College.

Thomas was executed by the State of Alabama in 1990. Neal was sentenced to life without parole. Jones, who testified against his cohorts, had his death sentence commuted to life imprisonment. His first parole hearing was held on August 4, 2008. The Alabama Board of Pardons and Paroles unanimously denied Jones' parole in 2008 and 2013.

In 1982 Miriam Shehane founded the "Victims of Crime and Leniency" (VOCAL) advocacy group in Montgomery. She remains the executive director. Quenette's classmates and friends established the Quenette Shehane Scholarship at Birmingham-Southern in 1990.