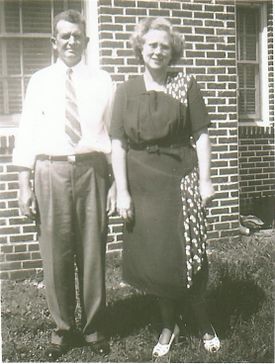 He left school after only a few years, and by age 13 he was working full time on the family farm.

He married Mable Pate on March 13, 1926, and they had two daughters and one son. The son, Bud, joined his parents in the family business, Coleman Auto Parts.

Prior to opening Coleman Auto Parts, R. C. was an employee of Tennessee Coal, Iron and Railroad Company in Fairfield.

R. C. Coleman was a member and choir leader at Bellview Baptist Church. He died on June 20, 1958, and is buried at Valhalla Cemetery in Midfield.