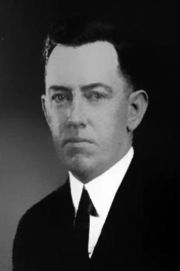 Ralph Alcorn Smallman (born December 28, 1884 in Wauscon, Ohio; died 1958 in Birmingham) was the cofounder with Houston Brice, Sr of the Smallman-Brice Construction Company, which later became the Brice Building Company.

Smallman was the son of Francis Roycroft and Anna Consuella Smallman and grew up in Ohio and Ithaca, New York. He earned his bachelor's degree in civil engineering at Cornell University in 1908 and a master's in the same discipline in 1909. He began his career at the Cummings Structural Concrete Company in Pittsburgh, Pennsylvania, but left in December 1910 to work for the Fred A. Jones Company in Houston, Texas.

The firm assigned Smallman as a field engineer for projects in Birmingham. He left in March 1913 to take a position as secretary of the Carroll-Black Construction Company. In 1917 he and Brice, another former Fred A. Jones Co. veteran, formed their own company.

During World War I Smallman was commissioned a 1st Lieutenant with the 25th Regiment Engineers. He was promoted to Captain in December 1917 and served fifteen months with the First Army during the Meuse-Argonne offensive in France.

Smallman married the former Julia Fowlkes Shackelford on November 18, 1920 and purchased a house on Arlington Avenue.