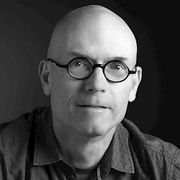 Randal Crow is a commercial photographer, filmmaker, director, and cinematographer, whose body of work includes television, commercials, short films, corporate documentaries, music videos, and 3D projection mapping. His specialties include lighting, interviews, and storytelling. He has received numerous cinematography, directing, and photography awards, including a 2009 Telly and for two years running (2010-2011), the Audience Choice Award- Best Short Film- at the Sidewalk Film Festival. He was Director of Photography for a short film that won the Kathryn Tucker Windham Storytelling Award in 2012. He is a member of the American Society of Media Photographers and a board member of the Sidewalk Film Festival.