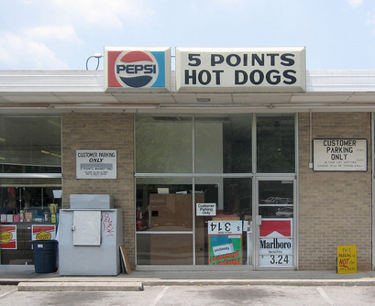 Raymond's Five Points Market in May 2006

The store got its start in 1947 when Raymond Josof bought an existing fruit stand with funds he borrowed from his fiancée Louise.

In 1983, Josof sold the business to his son, Raymond, Jr, but still worked every day at the counter. The business began selling hot dogs and other fast foods in 1989, using a sauce developed by Josof and Bob Stephens. The shop suspended food service in 2001, then reopened the hot dog stand in November 2011.

Raymond III worked alongside his father at the store. The business closed in 2022.