Red Rain was an organic market and fair trade general store located at 2803 18th Street South in downtown Homewood. It was opened in 2001 by Amy Vickers who made it a goal that everything she sold would represent sound environmental practices.

From June to October of each year the store retailed Alabama-grown organic produce. On Saturdays the produce market expanded to a vacant lot on the corner of 28th Avenue South.

In 2007 Red Rain was named "Business Partner of the Year" by the Black Warrior Riverkeeper. At the end of April 2009 Vickers closed the store and relocated to North Carolina. 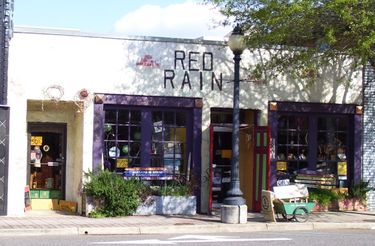