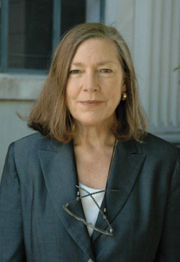 Irene S. "Renee" Blalock is a former director of the Birmingham Public Library.

Blalock joined the staff of the Birmingham library in the late 1970s. She headed the Parke Memorial, Eastwood, and Avondale branches and worked as Business Manager, Southern Regional Branch Coordinator, Coordinator of Library Operations, and Associate Director (both for the central library and for branch operations). In her career she supervised the reorganization of management and the creation of an administrative services division, helped create the system-wide collection management policy, and oversaw numerous upgrades to branch libraries, including the construction of new buildings for the Five Points West and West End branches. She was appointed director, succeeding Barbara Sirmans, on May 28, 2009. Pamela Lyons served as interim director during the selection process.

Blalock retired in 2014 and was succeeded by Angela Fisher Hall.