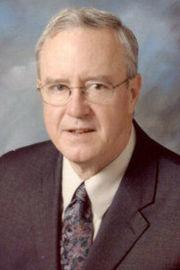 Brissie earned his M.D. at the from Medical University of South Carolina in 1970. He came to Birmingham as a professor of pathology at UAB. He is credited with making drastic improvements in his department, particularly in its investigative capabilities. He provided investigative evidence in numerous high-profile cases, including convictions in the 16th Street Baptist Church bombing and the 1998 abortion clinic bombing. His trial testimony was also considered an unusually conscientious.

In addition to criminal investigations, Brissie collaborated with researcher Russ Fine on research into the efficacy of using bicycle helmets or other protective headwear during tornado events.

Brissie also served as acting Jefferson County Sheriff from April 5–9, 1996. He assumed the office when nine-term Sheriff Mel Bailey stepped down due to illness and was succeeded by Governor Fob James's appointee Jim Woodward.

Brissie, who was set to retire on January 1, 2014, died in a fall at his home, on his 70th birthday in November 2013. He was survived by his wife, one daughter, and one grandchild. He is buried at Southern Heritage Cemetery in Pelham.