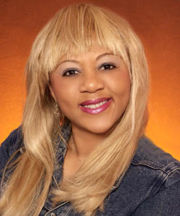 Hollis graduated from West End High School and has a bachelor of science in accounting from Tuskegee University.

Hollis challenged Rafferty again in the 2013 Birmingham municipal election. She pledged to work to eliminate or revitalize abandoned property and to bring up concerns about public safety and other matters in the district to the city's administration.

In the March 2017 special election, Hollis ran successfully to fill the open seat in the Alabama House of Representatives left by the resignation of five-term incumbent Oliver Robinson. She defeated Rodney Huntley and James T. Howell with just over 60 percent of the 2000+ votes cast.

Hollis was arrested and charged with misdemeanor battery by deputies in Okaloosa County, Florida responding to a domestic violence report at The Inn on Destin Harbor.

In the 2020 legislative session, Hollis introduced a house bill that would require men over the age of 50 or with three children to undergo a vasectomy at their own expense. It was intended as an argument against the 2019 Human Life Protection Act which sought to establish a virtual ban on abortion procedures in the state.