From Bhamwiki
(Redirected from Ronda Robinson)
Jump to: navigation, search 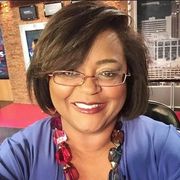 Ronda Robinson-McKenzie (born August 2, 1972) is a former "On Your Side" host for WBRC 6, part-time news anchor, and director of communications for the Birmingham-Jefferson County Transit Authority.

Robinson graduated from Millbrook High School in Raleigh, North Carolina and earned a bachelor's degree in English and media journalism at North Carolina Central University in 1994. As a student, she helped start the college's radio and television stations. After an internship at WRAL-5 in Raleigh, she took a job as host of a public affairs program on WNCN-17. After two years she moved to Gainesville, Florida to work as a news reporter for WCJB-16. In 1997 she relocated to Columbia, South Carolina as an on-air reporter for WLTX-19.

Robinson come to Birmingham in 2000 to succeed Shelia Smoot as host of the popular "On Your Side" program. She won awards from the Associated Press for her consumer news, as well as for coverage of the prosecutions of Bobby Frank Cherry and Thomas Blanton. Robinson married James McKenzie in 2016.

In early 2017 Robinson-McKenzie resigned from WBRC, and shortly afterward accepted the job of communications director at the BJCTA. She stepped down from that position in March 2018.