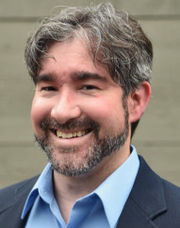 Ryan Jones is a human resources professional for Jefferson County and a candidate for Birmingham City Council District 3 in the 2017 Birmingham municipal election.

Jones earned his bachelor's and master's degrees at UAB. He married the former Ryan Randles in May 2017.