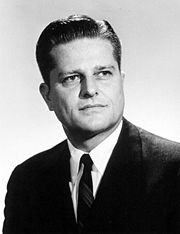 Samuel Richardson "Dick" Hill Jr (born 1923 in Greensboro, North Carolina; died July 2003) was a long-time faculty member and later president of the University of Alabama at Birmingham, from 1977 to 1986.

Hill had practiced internal medicine and endocrinology before coming to the Medical College of Alabama in 1954. He was made dean of the college in 1962 and remained with it as it evolved into UAB, serving as vice-president for health affairs and medical center director and director of the University of Alabama Medical Education Program.

Hill recruited John Kirklin from the Mayo Clinic to chair the school's surgery department and Gene Bartow from UCLA to coach the university's first basketball team.

Hill was inducted into the Birmingham Business Hall of Fame and into the inaugural class of the UAB Athletics Hall of Fame in 2009. UAB's Hill University Center was named in his honor in 1991.