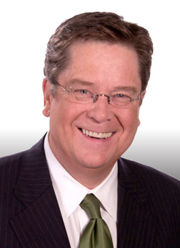 Scott Richards (born in Pennsylvania) is a television news anchor who appeared on WBRC 6 from February 1981 through January 2014.

Richards attended Wake Forest University in Winston-Salem, North Carolina, then enlisted in the U.S.Army where he began his broadcasting career in 1971 with the Southern Command Network based in the Panama Canal Zone. Three years later he was discharged from active duty and began working as a reporter, photographer and news producer in Louisville, Kentucky while finishing his degree at the University of Louisville. He also worked in Cincinnati, Ohio.

Richards came to WBRC after the departure of long-time anchor Joe Langston. He initially co-hosted the nightly news with Bev Montgomery, then was later paired with co-anchor Janet Hall. During his career with WBRC, Richards has been named "Best News Anchor in Alabama" nine times and inducted into the National Academy of Television Arts and Sciences' "Silver Circle".

Richards founded Scott Richards Video in 2000 to produce "Life Story" segments which aired on WBRC on special occasions. He has also served on the board of directors for Glenwood Autism and Behavioral Health Services.

Richards and his wife have two children.