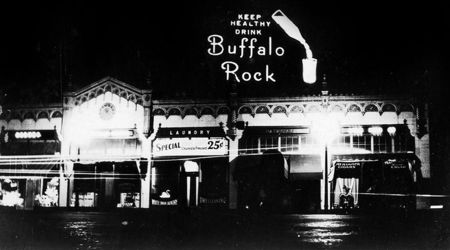 Shepherd-Sloss Building is a terra-cotta retail block located on the southwest corner of 20th Street South and Highland Avenue in Five Points South. The 14,820 square-foot building was completed in 1928.

The building was known for its landmark rooftop Buffalo Rock sign (later converted into the Barber's clock), erected immediately after the building was completed, visible as southbound traffic approached the intersection. It has been home to several businesses, restaurants and bars, including Cadillac Cafe, Louie Louie, Bell Bottoms, Hippodrome, Dugan's, Mancha's, Klein Flowers, Black Market Bar & Grill as well as others.

In January 2016 Barber Companies announced that it planned to restore the exterior to its 1930s-1940s appearance utilizing the state's Historic Preservation Tax Credit program. The renovated building was made available for lease in November 2017.