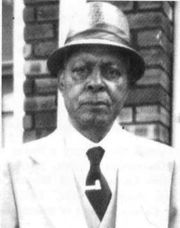 Sidney was the son of Walter and Maggie Growder McDyles, who worked as a cook for the Cather family. He began working for Cather Publishing at 16 years old and retired after 49 years. He served as a mentor to Patrick Cather.

McDyles and his wife, Lena had three daughters: Gwendolyn, Hazel, and Earnestine. He joined the Progressive Baptist Church during the pastorate of J. D. Rogers.