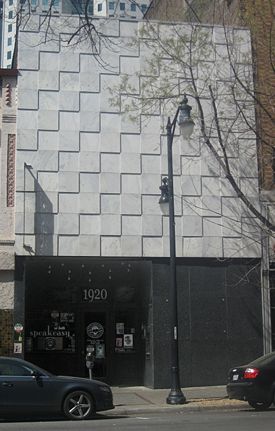 Speakeasy 1920 was a bar located at 1920 3rd Avenue North downtown. It was opened in 2006 by partners and long-time bartenders Jon Roe and George and Elise Cowgill. The bar featured an extensive menu of specialty drinks along with several beers on tap and closed in 2012.

In November 2012 Cormeila Williams requested a license to operate "The Vault Bar & Lounge" in the same location.