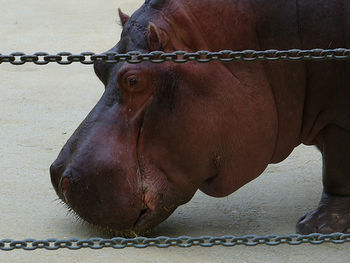 Tadpole (born 1978; died June 19, 2020) was a male Nile hippopotamus (Hippopotamus amphibius) which was exhibited at the Birmingham Zoo from June 16, 1979 until his death.

With his companion Mama Petite he sired several children, all of whom were transferred to other zoos. His interior and exterior exhibit space in the zoo's Pachyderm Building was renovated during construction of the Trails of Africa exhibit, which opened in 2011.

Tadpole was euthanized due to health complications affecting his liver and bladder function.