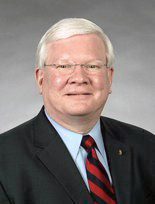 Terry Lee Greer (born c. 1958 in Elizabethtown, Tennessee) is a Methodist minister who killed his wife and shot his daughter while suffering from a mental deficiency.

Greer served nine years in the U.S. Army and worked on the deputy commanding general's staff at Redstone Arsenal in Huntsville. He graduated from Northeast State College in Powell, DeKalb County and earned a bachelor of arts in religion at Athens State University. He went on to complete a Master of Divinity at Emory University's Candler School of Theology and a Doctor of Ministry from Drew University in Madison, New Jersey.

In September 2012 the North Alabama Conference received reports that Greer had plagiarized sermons and mishandled church funds. He was confronted with the allegations on October 17. An executive committee recommended two days that Greer be reprimanded, and that he should undergo psychological examination and six months of counseling. Greer, in the meantime, suffered head trauma when he lost control of his car while attempting to drive himself to the hospital while experiencing chest pains. He was place on leave from the pulpit pending his recovery. Having never been informed of the committee's recommendation, he sought mental health treatment on his own. He contacted District Superintendent Bobby Alford to request help with treatment.

Hours after receiving Alford's replay on January 10, 2013, Greer attacked his wife, Lisa, 52, and daughter, Suzanna, 18, with a handgun at their home, a church-owned parsonage on Country Meadow Drive in Gardendale. Suzanna wrestled the gun from him and fled to a neighbor's house to call police. Meanwhile Greer attempted to kill himself by repeatedly stabbing himself in the neck and chest with a kitchen knife. All three family members were taken to UAB Hospital, and Lisa Greer was pronounced dead early the next morning.

Greer was charged with murder and attempted murder. In May 2014 Jefferson County Circuit Court Judge Tommy Nail found him not guilty by reason of mental disease or defect and ordered that he be confined to a secured mental health facility. He was placed in the custody of the Alabama Department of Mental Health.

Suzanna Greer and the estate of Lisa Greer filed a subsequent lawsuit claiming that the North Alabama Conference acted negligently in not carrying out its own recommendations for addressing Terry Greer's declining mental health. The Alabama State Supreme Court declined an appeal of the conference's request to have the case dismissed.

Greer was released to a group home operated by the Montgomery Area Mental Health Authority in 2018.