From Bhamwiki
(Redirected from The Denham)
Jump to: navigation, search 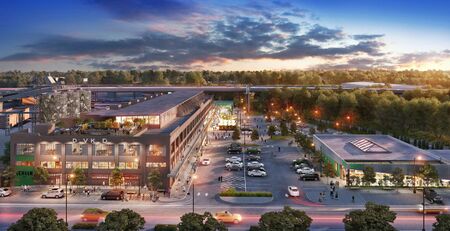 Rendering of the Denham Building

The Denham Building, also called The Denham, is a 2019 mixed-use redevelopment of the former Swalley building, also known as the Merchants & Manufacturers Terminal, at 1143 1st Avenue South in Birmingham's Parkside District. The building was named for the architects of the 1927 building, Denham, Van Keuren & Denham. Their initials "D. VK. D" have been used, somewhat cryptically, in the marketing for the redevelopment.

The redevelopment project was announced by Third & Urban, developers of Ponce City Market in Atlanta, Georgia. The $30 million project includes 59 apartments and 81,000 square feet of retail and office space. The architectural design and construction project were led by Creature. Arlington Properties is managing the property and leasing the residential units, while Colliers International markets commercial leases.