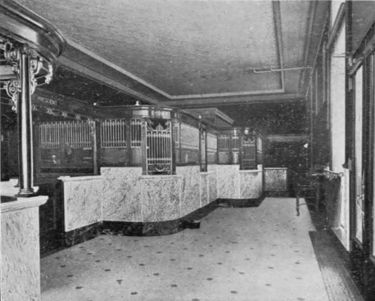 Traders National Bank was a banking office that opened in Birmingham in February 17, 1904 with $100,000 in capital stock and $45,000 in deposits after one month of operation. It was headed by John Frye with O. E. Smith as vice president and C. H. Seals as assistant cashier. Its offices were located on the corner of 20th Street and 3rd Avenue North.

The bank was acquired by the First National Bank of Birmingham in 1930 during the Great Depression. The combination took over the American Trust building.