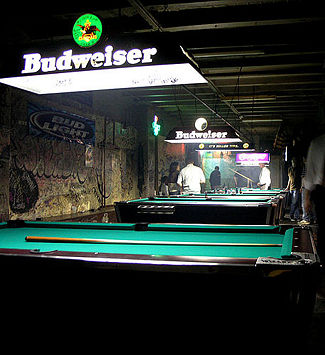 Upside Down Plaza in 2008. Photo by Chris Harman 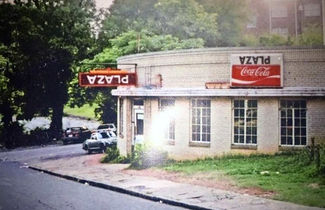 It was originally located in the former Caddell's Highland Plaza Restaurant at 2180 11th Court South below the Highland Plaza shopping center. Officially just "The Plaza" or "The Cannon's Plaza", the bar was recognized for its upside-down neon sign, and was informally called the Upside Down Plaza ever since.

The bar is known for its ultra-casual atmosphere and pool tables. The bathrooms are known for their thick layers of writing on the walls. The Upside Down Plaza was sold to Jimbo Flemming in 1986 and moved to the basement of the Pickwick Plaza at 2012 Magnolia Avenue a year later.

The bar's liquor license was lapsed temporarily in September 2017.