VJ's on the Runway 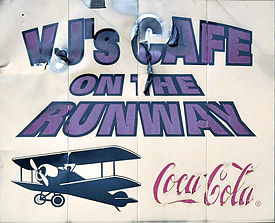 VJ's Cafe on the Runway is a meat-and-three restaurant located at 5100 East Lake Boulevard in the Inglenook neighborhood of the East Birmingham community, overlooking the Birmingham-Shuttlesworth International Airport.

The restaurant was first opened in 1950 by Joe Smeraglia as East Side Barbecue. It was located in a 1925 commercial block on 52nd Avenue North which served the small Italian-American Blow Gourd neighborhood. As the neighborhood was subsumed by airport expansion, the cafe survived and expanded to take up the entire row. Smeraglia's brother-in-law Vincent Joseph Sazera bought the restaurant in 1976 and renamed it VJ's. The business passed from Vincent and his wife Betty to their daughters Caroline Sazera and Tara "Teeter" Barber. 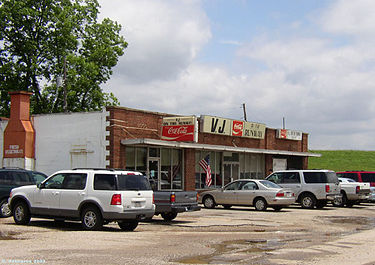 Photo of the original location on 52nd Avenue North.

As early as 2000 Sazera began working with airport officials to identify possible places to relocate the restaurant, which stood in the way of a planned north-south runway expansion. On June 24, 2005 the restaurant's shut its doors in order to relocate to the former Air National Guard Credit Union Building on East Lake Boulevard overlooking the airport. It reopened on July 11 with many photographs and other decor in place, as well as the old building's tin ceiling.

In 2007 Travelocity.com named VJ's on the Runway as one of 295 "Local Secrets, Big Finds" across the United States.

The restaurant was destroyed by fire on the morning of November 30, 2012. Sazera has said that she plans to reopen as soon as possible.