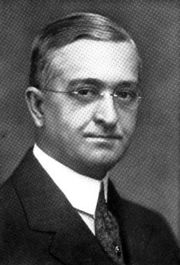 Hanson's nephew, Clarence Hanson Jr, assumed control of the News after Victor's death in 1945, leaving Ruth as chair of the paper's board of directors. Victor Hanson was buried at Elmwood Cemetery.

Clarence's son Victor Hanson II succeeded him in 1983 and was succeeded by his son, Victor III in 2001.