From Bhamwiki
(Redirected from VisionLand)
Jump to: navigation, search 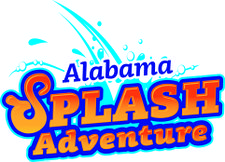 Visionland was built largely as a result of efforts by then-Mayor of Fairfield Larry Langford, who was seeking to provide recreational opportunities and boost development in the western part of Jefferson County. He led the creation of the West Jefferson Amusement and Public Park Authority, which counted representatives from 11 municipalities (Adamsville, Bessemer, Birmingham, Brighton, Fairfield, Hueytown, Lipscomb, Maytown, North Johns, Sylvan Springs, and Vance). With help from the Alabama Legislature, the group borrowed $65 million to build the $90 million park.

In June 2002, the park filed Chapter 9 bankruptcy. It was purchased at government auction in 2003 for $5.2 million by the Southland Entertainment Group. For their first year, Sounthland invested about $20 million for new attractions such as a wave pool.

On March 27, 2006, Southland Entertainment officials announced that, after a record-setting season of 345,000 visitors, that $100 million of new rides and other facilities were on the drawing board. They also announced the park's name change to "Alabama Adventure" for the 2006-2007 season, which attracted 388,000 visitors.

In May 2008 Southland sold the park for an undisclosed price to Adrenaline Family Entertainment of Edmund, Oklahoma which was headed by former Six Flags executive Hue Eichelberger. Southland retained ownership of an adjacent 157-acre parcel which it planned to develop with hotel, commercial and retail projects as well as a possible RV park.

In January 2012 General Attractions LLC, headed by former Southland executive Kent Lemasters, bought the park back from Adrenaline Family Entertainment and turned over operations to the AmusementAquatic Management Group. In April the owners announced that the non-water rides would be sold off and the entire venue renamed "Splash Adventure". New water-enhanced attractions such as an obstacle course and maze were added, along with a zip line and a movie screen at the wave pool for the 2012 season. The zip line has since been removed. A sea lion show was held in 2013. Another Lemasters company, Southland Entertainment, took on ownership 175 acres of undeveloped real estate adjoining Splash Adventure.

In early 2014 Lemasters sold the 89-acre park itself to Dan Koch and his family. Koch announced new attractions, including a Wacky Worm Coaster, Rio Grande Train, Junior Bumper Boats, Mini Helicopters, Vintage Boats, and a new Laser Maze Challenge. He also announced that parking, sunscreen and wireless internet access would all be available to visitors free of charge. Koch restored the "Rampage" wooden roller coaster for the 2015 season.

In 2016 the park added a "Drop Zone" free-fall ride, a classic "tea cups" ride, "The General's Diner" restaurant, and an expanded "oasis" with free soda stations. For the 2018 summer season the park invested $1 million in new water slides, a zero-depth play area with interactive water features, and a "Pirates High Dive Show".