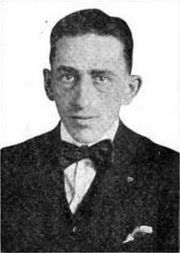 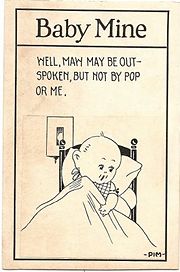 Pim was the son of Ira Lester Pim and the former Mary Ella Dougherty of Pennsylvania. He graduated from the Cabot Institute in 1903, and studied photo engraving at Bissell College in Effingham, Illinois until 1906.

Pim began his career in Cleveland, Ohio and operated his own illustration studio there. He came to Birmingham in 1915 and worked as a staff artist for The Birmingham News, gaining fame for his "slacker" and "thrift" cartoons. While here he met Lenna Hales, who worked in the advertising department. They were married at the Newspaper Club, located on the 24th floor of the Jefferson County Bank Building (City Federal Building) on July 14, 1917.

Pim returned to Ohio to take a job with the Cleveland Plain Dealer during World War I and also took life drawing classes at the John Huntington Polytechnic Institute there. He returned to Birmingham after the war, and, in addition to his job at the News, taught commercial art at Birmingham-Southern College from 1922 until 1931. He also provided the illustrations for John Hornady's 1921 Book of Birmingham.

He also established W. Paul Pim's Advertising Art Studio and created the syndicated feature cartoons Baby Mine and Telling Tommy in 1930. He expanded the "Telling Tommy" feature into a series of children's books.

Pim died in 1950 and is interred at Forest Hill Cemetery alongside his wife, Lenna.