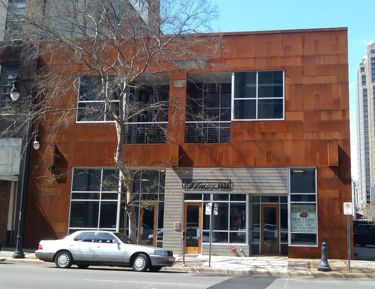 Whitmire Lofts is a mixed use development with 4 residential lofts in the former JayMark Jewelry building at 1826 3rd Avenue North.

Kyle Kruse announced development in 2012 of the two-story building's second story into lofts with either two live-work spaces or one light-retail space on the first floor as K-Lofts. In June 2013, he announced the lofts would instead be named in honor of Cecil Whitmire, the head of Birmingham Landmarks, a nonprofit that took ownership of the nearby historic Alabama Theatre in the 1980s, who had died in 2010. Mike Gibson, owner of the Appleseed Workshop, is the architect for the project.

In March 2014 Revelator Coffee Co. from New Orleans, Louisiana was announced as a retail tenant. Fischer Architecture of Berkley, California will design the 1,877 square foot coffee shop, which is expected to open in the summer.