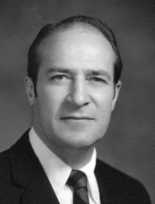 William A. Maddox (born October 8, 1920 in Abbeville, Henry County; died December 27, 2011 in Birmingham) was a physician and medical researcher.

Maddox studied at Troy State Teacher's College, the University of Alabama and the University of Alabama Medical College. He completed his M.D. at Cornell University Medical Center in 1944 and served as a medical officer in the U. S. Navy during World War II and the Korean War. He completed his surgical internship at the U. S. Naval Medical Center in Bethesda, Maryland and residencies at Bellevue Hospital in New York and the Sloan-Kettering Memorial Cancer Center.

Maddox joined the faculty of the UA School of Medicine in 1952 and was appointed a clinical professor of surgery in 1969, specializing in developing surgical procedures for the removal of malignancies, especially in the head and neck. He led the Alabama Breast Cancer Project from 1976 to 1984 and was a member of the Alabama Society of Clinical Oncology, the American Association for Cancer Education, and the Society of Surgical Oncology. He served as president of the Society of Head and Neck Surgeons in 1978 and as a Governor for the American College of Surgeons from 1986 to 1991. He retired from UAB in 1993.

Maddox died in 2011. He and his wife Bobbye had three children.