From Bhamwiki
(Redirected from William Weir)
Jump to: navigation, search 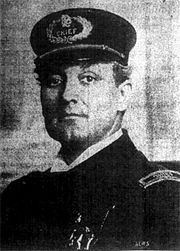 William Elvin Wier (born December 10, 1865 in Pickens County - died February 11, 1931 in Etowah County) was Chief of the Birmingham Police Department from 1903 to 1910, a period when the position was elected at-large by city voters.

Wier was the youngest of five children born on a farm in Pickens County to James Stewart and Sarah Louisa Horton Wier shortly before their divorce in 1865. His older brother Thomas became a prominent Tampa, Florida businessman and was present at the assassination of President William McKinley.

Wier married the former Eula Vance and had two children, William V. and Aileen. He arrived in Birmingham in 1887 with nothing but the clothes he wore and a letter from the Pickens County sheriff attesting that he was honest, sober and industrious. Upon presenting that letter to then Chief A. O. Pickard on October 15 he was given a job as a patrolman. On March 6, 1891 he was elected Captain and then was elected Birmingham Police Chief in 1901.

Wier was re-elected in 1903 and 1905. He was returned to office by only a narrow margin in the 1907 municipal election. In that race he allied himself with successful mayoral candidate George Ward and identified liquor and sporting interests as supporters of his opponents.

Wier did not run in the 1910 election which was won by George Bodeker. He relocated to Etowah County where he was later elected Mayor. Wier died in 1931 of colon cancer. He is interred at Forrest Cemetery in Gadsden.