From Bhamwiki
(Redirected from William Welton)
Jump to: navigation, search 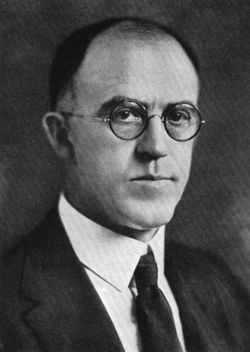 William Leslie Welton (born 1874 in Nebraska; died 1934) was an architect active in Birmingham during its boom years at the beginning of the 20th century.

Welton graduated from high school on June 26, 1891 in Lynn, Massachusetts and began his apprenticeship in architecture there the following year. From there he enrolled at the Massachusetts Institute of Technology, studying under Constant-Désiré Despradelles. In 1899 he joined the firm of Parker, Thomas and Rice in Boston and continued to study classical design and drawing in ateliers of the Boston Society of Architects and Boston Architectural Club. He received a Rotch Travelling Scholarship to the École des Beaux-Arts in Paris in 1900. When he returned, he joined the prominent New York City firm of McKim, Meade & White, where he met William Warren and formed a partnership with him.

Before moving to Birmingham in 1907, Warren & Welton had already solicited for work in the rapidly-growing city. They published an unbuilt proposal for Southside Baptist Church in 1908. Their physical move south was probably made possible by the commission for the 16-story Empire Building, a design originally conceived by J. E. R. Carpenter of the New York firm of Carpenter and Blair, but carried out with the younger architects on-site. They opened their own office in the building after it was completed in 1909 and began receiving other commissions, such as the Boy's Industrial School and Chamber of Commerce Building, along with several residences and interiors.

The partnership split in 1910, with Warren finding Welton's aggressiveness in marketing his services to be unpalatable. Welton established his own offices in the Empire Building. He was soon employed by the Tennessee Coal, Iron and Railroad Company to develop prototype housing designs for its planned industrial city of Corey (now Fairfield). Other examples of his early solo work include the store and café for J. R. Brown in the Empire Building and the Stanford Store. He also designed residences for David Roberts's widow on Altamont Road and for G. J. Robertson on 41st Street South.

Soon Welton was employed in a series of high-profile collaborations on landmark downtown buildings. He worked with the New York firm of Mowbray & Uffinger on the design of the American Trust and Savings Bank Building, completed in 1912, with William Stoddard on the Tutwiler Hotel, and with J. E. R. Carpenter on the Ridgely Apartments, both of which opened in 1914. He also designed the Rialto Theatre, which opened in 1915.

By then, Welton was leading his own atelier, entitled the Society of Beaux-Arts Architects at his new offices in the American Trust and Savings Bank Building. Other than the newly-started program in architecture at the Alabama Polytechnic Institute in Auburn, his was the only formal architectural education available to students in Alabama. 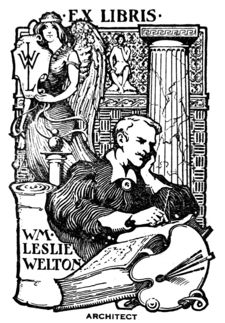 Later in his career, Welton designed the masterfully-composed Bankers Bond Building of 1920 and an addition to the Robinson School in 1921. His career reached another peak in that decade with nearly simultaneous commissions for the Jackson Building, the Massey Building, an educational wing for South Highland Presbyterian Church, and the circular Roman-temple styled Vestavia estate for former mayor George Ward, all completed in 1925. The next year he completed the more modest BEBCO Building, followed by the Kenilworth Arms apartments in 1927 and Crawford Ford Dealership in 1928.

Welton contributed an essay on the proper relationship between architects and ambitious draftsmen in their employ to the journal Pencil Points in 1927. He recommended that draftsmen seek employment with architects of high ideals, and in medium-sized settings where quality work was balanced with opportunities for leisure. He urged architects to support the careers of their assistants, even after they moved out of the office and became potential competitors while railing against the practice of draftsmen moonlighting on individual projects.

Welton committed suicide in 1934. His widow donated his collection of 1,500 mounted photographs of architectural subjects to the Birmingham Public Library in 1937.