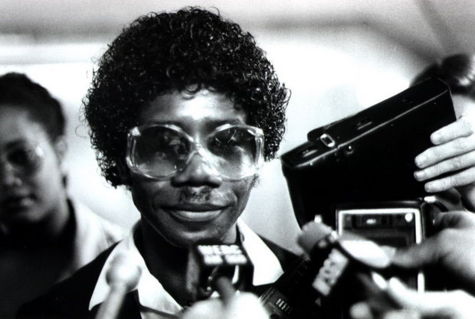 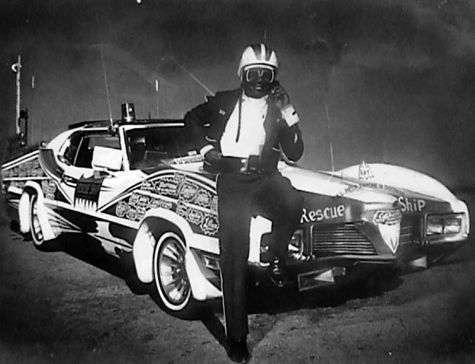 Willie Perry as Batman with his Batmobile Rescue Ship

Perry lived at 702 Delta Street South in South Titusville. Since he was a teenager he worked at window distributor J. F. Day & Company on 6th Avenue South in Lakeview where he assembled cast-iron furniture as well as door and window units. He was eventually promoted to shop manager.

Perry lived by the motto "Do unto others as you would have them do unto you." After he heard about a woman whose car had broken down being raped by a group of men who had seemingly stopped to help her, he decided to take to the streets in a way that he could be recognized as a helper that could be trusted.

In addition to carrying gas, jumper cables and tools to help people whose cars had broken down, Perry gave free rides to people who had too much to drink, took elderly people to doctor's appointments and drove kids around to McDonald's or as entertainment for birthday parties. He visited home-bound neighbors and assisted with guiding traffic around road hazards. On at least one occasion Perry foiled an attempted robbery at a pharmacy. He always refused any offer of payment for his services.

When making his rounds, Perry wore a white helmet with the bat logo and a white jumpsuit with brown trim. He accessorized with portable pagers and various tools worn on his utility belt. Friendly business owners sometimes helped him by donating gasoline and parts for his car. Mayor Richard Arrington Jr honored Perry on August 3, 1982, declaring it "Willie Perry Day" and presenting him with a proclamation thanking him for his service to the city. He praised the hero for being "one of the few people who disregarded himself completely in the name of others."

Perry's heroics were featured in a 1982 episode of the television show That's Incredible!, with several staged re-creations. Later, while in town rehearsing with his brothers for the "Victory" tour, Michael Jackson arranged to meet Perry and examine the famous Batmobile. Perry also drove the car, lights flashing, at the head of Bear Bryant's funeral procession to Elmwood Cemetery in January 1983.

During a rare snowfall in January 1985, Perry assisted four University of Tennessee students stranded in the city. He found them a hotel room and, since they had only $7 between them, gave them $30 to pay for the room. A few days later Perry was working on his Rescue Ship in the "bat cave", a small garage space behind J. F. Day. Either he closed the door to escape the cold, or it closed on him unnoticed. He was found dead of apparent carbon monoxide poisoning.

Perry was survived by his wife, Dorothy, and daughter Renee Perry-Hill. The City of Birmingham agreed to buy Perry's car for $15,000, eventually putting it on display at the Southern Museum of Flight and later at the Alabama State Fairgrounds. In 2014 filmmaker Lee Shook completed a documentary about Perry and located the Batmobile Rescue Ship in storage near the Birmingham-Shuttlesworth International Airport. Efforts to restore the car and put it on permanent display, as well as to honor Perry's legacy with a day of service and a scholarship program, have begun.