Difference between revisions of "1880"

1880 was the ninth year after the founding of the City of Birmingham. 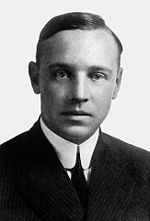 Notable books published in 1880 included The Brothers Karamazov by Fyodor Dostoevsky, Ben-Hur: A Tale of the Christ by Lew Wallace, and Nana by Emile Zola. Notable music composed in 1880 included "Sailing, Sailing" by Godfrey Marks, Symphony No. 6 in D major, op. 60 by Antonín Dvořák, and 1812 Overture by Pyotr Ilyich Tchaikovsky.