Difference between revisions of "1884"

1884 was the 13th year after the founding of the City of Birmingham.

1884 advertisement for the Ullman Hardware Company. 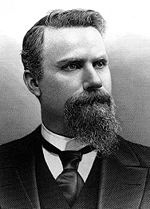 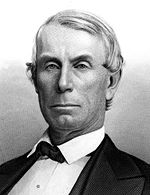 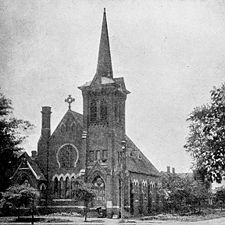 In 1884, the first edition of the Oxford English Dictionary was published. The Colchester earthquake struck England. The cornerstone for the Statue of Liberty's pedestal was laid. The Sino–French War began. The International Meridian Conference in Washington, D.C. fixed the Greenwich Meridian as the world's Prime Meridian. Democrat Grover Cleveland defeated Republican James G. Blaine in the presidential election. The Washington Monument was completed.

Notable books published in 1884 included Flatland by Edwin Abbott Abbott, Ramona by Helen Hunt Jackson, The Death of Ivan Ilyich by Leo Tolstoy, and The Adventures of Huckleberry Finn by Mark Twain. Notable music released in 1884 included "Oh My Darling, Clementine" by Percy Montrose, "The Fountain in the Park" (a.k.a. "While Strolling Through the Park One Day") by Ed Haley, and comic opera Princess Ida by Gilbert & Sullivan.