1888 was the 17th year after the founding of the City of Birmingham. 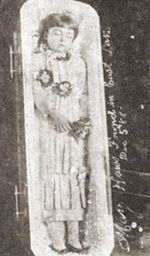 1888 was a leap year. It was the year of the invention of the ball-point pen and typewriter ribbon. The National Geographic Society was founded. Jack the Ripper terrorized London. A March blizzard was blamed for more than 400 deaths on the Atlantic seaboard. The Washington Monument opened in October. Benjamin Harrison took the electoral college to defeat popular vote leader Grover Cleveland in the presidential election.

Notable books published in 1888 included Looking Backward by Edward Bellamy, Robbery Under Arms by Rolf Boldrewood, The Aspern Papers by Henry James, The Man Who Would Be King by Rudyard Kipling, and The Black Arrow by Robert Louis Stevenson. Notable music released included "Drill, Ye Tarriers, Drill" possibly by Thomas F. Casey, "Over The Waves" ("Sobre las Olas") by Juventino Rosas, Symphony in D Minor by César Franck, and comic opera The Yeomen of the Guard by Gilbert and Sullivan.