Difference between revisions of "1941"

1941 was the 70th year after the founding of the city of Birmingham. 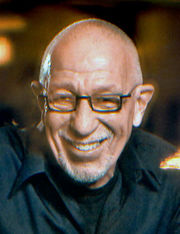 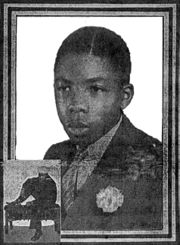 In his third inaugural address, President Franklin Roosevelt elaborated "Four Freedoms" (freedom of speech, freedom of worship, freedom from want and freedom from fear) as fundamental human rights. The US passed the Lend-Lease Act to provide material aid to the United Kingdom and China. Germany and its allies invaded the Soviet Union and Hitler authorized a "final solution" to murder all Jews and other "undesirable" individuals in territories under his control. Charles Lindbergh's involvement in the isolationist America First Committee made him increasingly unpopular.

On December 7, 1941 Japan attacked a U.S. Naval base at Pearl Harbor. President Roosevelt addressed Congress, saying that the attack was "a date which will live in infamy." Congress voted to declare war against the Empire of Japan. Soon later the Axis powers declared war against the United States, involving the nation in the European and Pacific theaters of war.

Notable films of 1941 included Citizen Kane, How Green Was My Valley, The Maltese Falcon, and Dumbo.