Difference between revisions of "1965"

1965 was the 94th year after the founding of the city of Birmingham. 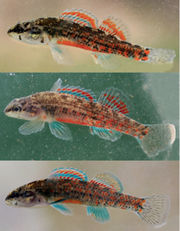 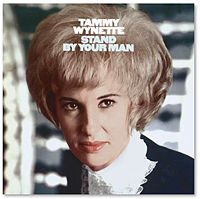 U. W. Clemon speaking to the graduating class at Miles College in 1965.

The Birmingham Board of Education Building

In 1965, Lyndon B. Johnson was sworn in for his own full term as U.S. President. Canada adopted its present flag. NASA launched Ranger 8 and Ranger 9, the last in a series of unmanned lunar space probes. The Astrodome opened in Houston, Texas. Muhammad Ali knocked out Sonny Liston in the first round of their championship rematch with the "Phantom Punch". The Second Kashmir War was fought by India and Pakistan over the disputed region of Kashmir.

Also in 1965, Mariner 4 flew by Mars, becoming the first spacecraft to return images from the red planet. Bob Dylan "went electric" at the Newport Folk Festival. The Social Security Act of 1965 was signed into law, establishing Medicare and Medicaid. The Watts Riots in Los Angeles resulted in 34 deaths, 1,032 injuries, 3,438 arrests and over $40 million in property damage. The Beatles performed the first stadium concert in the history of rock, playing before 55,600 persons at Shea Stadium in New York City. Sandy Koufax pitched a perfect game against the Chicago Cubs. Hurricane Betsy struck near New Orleans, Louisiana with winds of 145 mph, causing 76 deaths and $1.42 billion in damage. Comet Ikeya–Seki became one of the brightest comets seen in the last thousand years. Rhodesia declared its independence from the United Kingdom. Five Gemini space flights were launched, which included the first American space walk.

The top-grossing films in 1965 included The Sound of Music, Doctor Zhivago, Thunderball, Those Magnificent Men in Their Flying Machines, A Thousand Clowns, and The Great Race. The Sound of Music won five Academy Awards, including Best Picture and Best Director (Robert Wise). Best Actor went to Lee Marvin for Cat Ballou and Best Actress to Julie Christie for Darling.

Television premieres in 1965 included Lost in Space, Green Acres, Tom and Jerry, The Dean Martin Show, Hogan's Heroes, I Dream of Jeannie, Get Smart, Days of Our Lives, and A Charlie Brown Christmas.

Top pop music hits in 1965 included "(I Can't Get No) Satisfaction" by the Rolling Stones, "Downtown" by Petula Clark, "Yesterday" and "Help!" by The Beatles, and "Unchained Melody" by the Righteous Brothers. The top selling albums were the Mary Poppins soundtrack, Beatles '65 by the Beatles, The Sound Of Music soundtrack, the My Fair Lady soundtrack, and the Fiddler On The Roof original cast album. Other notable albums released included Today! by the Beach Boys, Rubber Soul by the Beatles, Mr. Tambourine Man and Turn! Turn! Turn! by the Byrds, Highway 61 Revisited by Bob Dylan, and My Generation by the Who.

The Grammy for Record of the Year went to "A Taste of Honey" by Herb Alpert & the Tijuana Brass. Album of the Year was September of My Years by Frank Sinatra. Song of the Year was "The Shadow of Your Smile" (Love Theme From The Sandpiper) performed by Tony Bennett. The Best New Artist Grammy went to Tom Jones.