Difference between revisions of "1982"

1982 was the 111th year after the founding of the city of Birmingham. 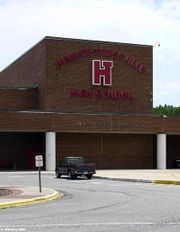 In 1982 AT&T split up into 22 independent companies. Wayne Gretzky set a new record for goals scored in an NHL season. The solar system's 9 planets aligned on one side of the sun. Ground was broken for the Vietnam Veterans Memorial in Washington D.C. The Falklands War took place, ending in Argentina's surrender to the UK. The World's Fair was held in Knoxville, Tennessee. The Weather Channel debuted on cable. Cal Ripken began his record-setting streak of consecutive games played. The El Chichón volcano in southern Mexico erupted. Israel invaded Lebanon. Spain hosted the World Cup, which was won by Italy. The Epcot Center opened at Walt Disney World. Sony released its first compact disc player. John De Lorean was arrested for possession of cocaine. The St Louis Cardinals won the World Series. Michael Jackson's Thriller was released. Texas pioneered lethal injection for the execution of convicted criminals. The "computer" was named "Man of the Year" by TIME magazine. Toyota introduced the Camry.

Gandhi won Best Picture of 1982 at the Oscars. E. T. was the highest-grossing film at the box office. Other notable films included Tootsie, Star Trek II: The Wrath of Khan, and Sophie's Choice. The top single on the pop charts was Survivor's "Eye of the Tiger", which was featured in Rocky III. Olivia Newton-John's "Physical" headed the Billboard hot 100. Kim Carnes' "Bette Davis Eyes" was awarded "Song of the Year" and "Record of the Year" at the Grammy Awards.