Difference between revisions of "1989"

1989 was the 118th year after the founding of the city of Birmingham. 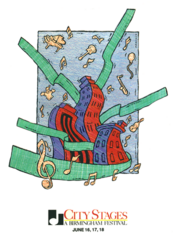 In 1989 the Showa period in Japan ended with the death of Hirohito. George H. W. Bush was sworn in as president. The USSR pulled out of Afghanistan. The first GPS satellite was launched. Author Salman Rushdie went into hiding. Time Inc. merged with Warner Communications. The Exxon Valdez ran aground in Prince William Sound. The Gameboy debuted in Japan. Disney-MGM studios opened in Orlando. The Chinese government was defied by student protesters in Tiananmen Square. Seinfeld premiered on NBC and The Simpsons debuted on FOX. Pete Rose was banned from baseball. Hurricane Hugo hit South Carolina. The Velvet Revolution brought democracy to Czechoslovakia. The Nobel Peace Prize went to the Dalai Lama. I. M. Pei's Louvre pyramid was completed.

The top films were Batman, and Indiana Jones and the Last Crusade. Driving Miss Daisy was Best Picture at the Academy Awards.

Top pop singles included Madonna's "Like a Prayer", Phil Collins "Another Day in Paradise", and Milli Vanilli's "Girl I'm Gonna Miss You," "Baby Don't Forget My Number," and "Blame it on the Rain."

The Booker Prize for literature went to Kazuo Ishiguro for Remains of the Day.