205 Flava, Inc. was an apparel label and retail outlet created in September 2002 by brothers Frederick and Willie Jenkins that became famous for creating the oversized "205" jerseys worn by 2003 American Idol champion Ruben Studdard on television. The "205" represents Birmingham's area code.

During Studdard's exciting run, they sold numerous t-shirts and custom jerseys from their website, from their main store at 1146 11th Avenue South, and through other retail outlets. According to the owners, 205 Flava clothing was sold in as many as 5,000 stores nationwide, including Hibbett Sporting Goods and Parisian and internet orders were received from all over the U.S., as well as China, Russia, and Europe. The company purchased the former Woodlawn Post Office building and made plans top buy another building in Gadsden to accommodate their growing operation. They were seeking a footwear deal with Reebok and expressed hopes to be involved in book and movie deals based on Studdard's stardom. At their peak, they employed about 40 people, with plans to expand to as many as 250, mostly seamstresses. 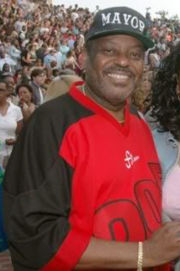 In June 2003 the Jenkinses were given the "Rising Star Award" by the Birmingham Business Journal. At they time, they said that they had sent 17 custom jerseys to Studdard to wear on the show and were working on an endorsement deal. "We never had a formal agreement with Ruben, but we paid him very well," said Jenkins in June 2003, "Now he's saying he won't wear the jerseys, but he might be wearing them tomorrow. We just gotta come to an agreement on what it's gonna cost." That same month 205 Flava hired Demetrius Hubbard, former president of the controversial software company Aspreon Technologies, as its president. Hubbard pledged to "help expand the business and help grow it and other things of that nature."

Before the final show of the 2003 season in which he was announced as the winner, Studdard did indeed stop wearing the 205 jerseys. In July, after he was named the winner and 205 Flava was still using his image in their marketing he filed a $2 million lawsuit in Jefferson County Circuit Court. Co-plaintiffs included "RCS 205 LLC", a Delaware company using Studdard's initials which, according to the suit, had contracted for Studdard's exclusive endorsement, and England's 19 Merchandising, Ltd. (the merchandising division of American Idol production company 19 Entertainment).

It was Studdard's claim that he wanted to wear something that would represent his hometown and stumbled upon the Jenkins' Southside store (opened that February) after he found out he was one of the top 32 contestants. According to his allegation, the jerseys he saw had small-print 205's along with state outline emblems and the word "Flava" in large print. He asked them to make jersey's with oversized numerals, which they did. He contended, furthermore, that he had not given permission for 205 Flava to market the jerseys with his name or image.

Interviewed in Birmingham during filming for the video for his "Flying Without Wings" single, Studdard said, "I will always represent the area 205, but 205 Flava is not indicative of what I am about."

205 Flava then filed a counter-suit claiming they had been paying Studdard $1,000 - 1,500 per appearance to wear their products and he had breached that contract. To substantiate the claim their attorney, LaVeeda Morgan Battle, provided copies of checks totalling $10,000 made out to Studdard's brother Kevin and manager Rod Edwards. The deal was kept secret because it would have conflicted with American Idol's rules based on their own sponsorship agreements.

In late 2003 it was announced that a settlement had been reached. Details were not disclosed but Byron Perkins, Studdard's attorney, stated that 19 Entertainment would license and market the signature jerseys.

As of 2006 there is no indication that 205 Flava is still in business. In addition to the clothing business, the Jenkins brothers have operated CFL Technologies LLC, a website developer; a barber shop and tax service office adjacent to their clothing boutique; and four other tax advisor locations in Alabama, California and Florida.