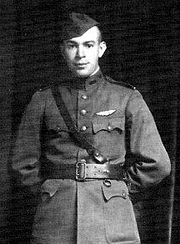 John Asa Rountree Jr (born August 13, 1896 in Birmingham; died May 27, 1983 in Montgomery) was a long-time Director of Aeronautics for the State of Alabama.

Rountree, the son of John and Maude McIver Rountree grew up in Birmingham and attended the University of Alabama from 1914 to 1917 and later attended the Georgia Institute of Technology in Atlanta, Georgia. During World War I he was trained as a pilot by the French Air Corps and flew for the United States Air Service.

On May 11, 1921 Rountree married Cherokee Jemison Van de Graaff of Tuscaloosa and later had a son, John III. 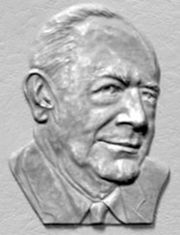 Asa Rountree's plaque at the Alabama Aviation Hall of Fame

Rountree remained active in aviation circles. He chaired the dedication for the Birmingham Municipal Airport in 1931 and helped organize the Birmingham National Air Carnivals in 1931 and 1932 and refereed the 1934 National Balloon Race as president of the Birmingham Aero Club. He was named director of the Alabama Department of Aeronautics in 1936 and helped develop and implement an airport program for small cities which became a national model. He served as President of the National Association of State Aviation Officials and on the Board of Directors for the National Aeronautics Association in the 1940s, even while returning to active service as an Operations Officer for the U. S. Army Air Corps in England during World War II.

In 1950 Rountree was appointed Chief Aviation Officer for the Alabama Civil Defense and commanded the Alabama Wing of the Civil Air Patrol until 1953. After the death of his first wife he married the former Irma Schofield of Montgomery on July 19, 1958.

Rountree's civic posts extended beyond aviation. He served as President of the Birmingham Junior Chamber of Commerce and the Alabama Jaycees and sat on the board of directors for the Birmingham Chamber of Commerce and held similar memberships in Montgomery. The municipal airport in Hartselle was named in his honor in 1965. Rountree was inducted into the Alabama Aviation Hall of Fame before his death in 1983. He is buried at Greenwood Cemetery in Montgomery.