Difference between revisions of "Birmingham-Southern College" 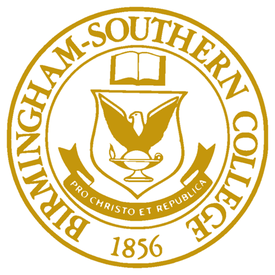 Birmingham-Southern College (BSC) is a private 4-year liberal arts college affiliated with the North Alabama Conference of the United Methodist Church. Its campus is in Birmingham's Bush Hills neighborhood, west of Downtown at the Arkadelphia Road exit from I-59/20. The current president is Daniel Coleman.

As of 2017 there are approximately 1200 students from 34 states and 8 foreign countries. Birmingham-Southern is in the top tier liberal arts school receiving accolades from U.S.& World news and Forbes magazine. The College also is recognized by the John Templeton Foundation Honor Roll as one of 100 schools nationwide that emphasize character-building as an integral part of the college experience; as among the 100 "Colleges Worth Considering" compiled by Washington Post staff writer Jay Mathews; as one of "America's Best Christian Colleges" by Institutional Research and Evaluation Inc.; as one of the nation's top 30 colleges by The Washington Times; and as one of The Princeton Review's Best 357 Colleges.

Birmingham-Southern is one of only six baccalaureate-liberal arts institutions in the country so classified by The Carnegie Foundation for the Advancement of Teaching to hold both AACSB International—The Association to Advance Collegiate Schools of Business accreditation—and the designation of Phi Beta Kappa. Each year, Birmingham-Southern ranks #1 in Alabama and among the nation's best in percentage of all graduates accepted to medical, dental, or health-career programs; the college also ranks high nationally in graduates accepted to law school. 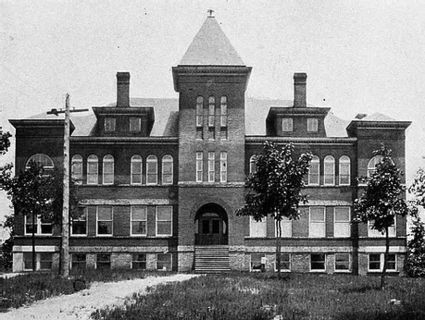 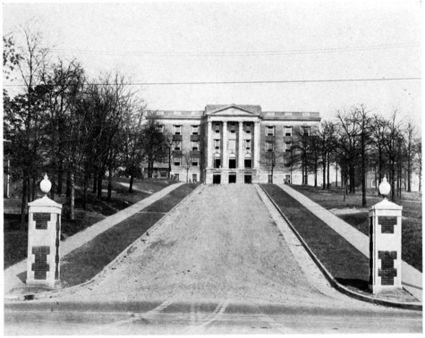 Munger Hall, with administrative offices and a large auditorium, was completed in 1928

In 1824, the General Conference of the Methodist Episcopal Church recommended that each conference establish a seminary of learning under its regulation and patronage. Not until 1854 did the Alabama Conference undertake to carry out this recommendation of the superior body. In that year, a committee was appointed to select a site for the proposed college and to procure funds for its establishment and maintenance. Southern University was chartered in Greensboro on January 25, 1856 and its board of trustees held its first meeting, now commemorated as "Founder's Day" on March 17 of that year.

After the North Alabama Conference was split from the statewide conference in 1870, it agreed to contribute to the operations of Southern University. In November 1896, though, it was proposed that a new college for men should be established by the North Alabama Conference. A committee met at Birmingham's First Methodist Church on February 3, 1897 and approved the proposal, selecting Birmingham as the best location. Rose Owen, a steward at Elyton Methodist Church, had acquired an area west of Smithfield which he had begun subdividing as "Owenton". He donated a 15-acre parcel on the Flint Ridge in the northern part of his subdivision for the use of the college and convinced other adjoining landowners Robert Greene, Thomas Bush and Paul Earle to contribute additional acreage. Owen also served as chief fund-raiser for capital with which to erect the first building, named Rose Owen Hall in his honor. The new institution, formally called the North Alabama Conference College, but popularly known as Owenton College opened in September 1898. It was renamed Birmingham College in 1906.

On May 30, 1918 commissioners from the Alabama and North Alabama Conferences agreed to consolidate the two schools as Birmingham-Southern College. The college began operating under that name on September 11 of that year.

Birmingham-Southern has consistently sought academic distinction. In 1937, its standards were recognized by the nation’s leading academic honor society, Phi Beta Kappa, which granted the College a charter to establish Beta of Alabama.

The wooded 192-acre campus is located approximately three miles west of downtown Birmingham on the Flint Ridge south of Thomas in Bush Hills. The Alabama State Legislature passed a local prohibition law forbidding alcohol sales within a two mile radius of the college on March 2, 1901. The original school building, Owen Hall, was demolished for the larger Munger Memorial Hall, which opened in 1928.

The campus currently houses 45 buildings in all, and 25 of them have been renovated since 1976. There are many new facilities since 1998 including the Striplin Fitness Center, Norton Campus Center, the recently completed Elton B. Stephens Science Center of 100,000 square feet, and the fraternity row.

Birmingham-Southern is a sheltering institution for a chapter of Phi Beta Kappa and is home to 20 other honorary or professional societies in various academic areas. The college established a new chapter of the business honorary Beta Gamma Sigma in 2003, joining 375 other schools, all accredited in business through AACSB International—The Association to Advance Collegiate Schools of Business, that honor top students by inducting them into lifetime membership in the society. Birmingham-Southern is one of only six baccalaureate-liberal arts institutions in the country to hold both AACSB International accreditation and the designation of Phi Beta Kappa and one of only six to hold Phi Beta Kappa and house a Beta Gamma Sigma chapter.

The Honor Code established an Honor Council composed of 15 students as selected by the Student Government Association. This Council is in charge of hearing cases concerning the three tenets of lying, cheating, and stealing upon which the Code was built. Any honor violations governing student behavior or academic violations are brought before the Honor Council. Students must recognize the Council’s role of upholding the Honor Code as they enter the College by signing and agreeing to uphold the Code. While the role of students in maintaining the Honor Code is crucial, the ultimate responsibility for campus governance rests with the President of The College and other designated administrators as delegated by the Board of Trustees.

There are two semesters and an interim term in January. This is a period spanning four weeks that allows students to explore their interest in creative activities as well as participate in pre-law and pre-med internships. It is a process of intensive and experiential learning.

In the spring of 2006, the college's board of directors decided to move all athletic programs from the scholarship-driven NCAA Division I to the non-scholarship Division III. The college's application to join the Division III Southern Collegiate Athletic Conference was approved by a vote of league presidents on June 7, 2006. A transition period of several years is expected before BSC will become a full member of the conference. On June 15, 2006, Athletic Director Joe Dean, Jr announced that, owing to the number of scholarship athletes transferring elsewhere, BSC would not field teams in baseball or men's basketball for the 2006-07 academic year, meaning that for these sports, Division I participation was over.

After an almost seven decade absence, the Panthers fielded their a new football team in 2007. Former Alabama Crimson Tide and Birmingham Stallions reciever Joey Jones was named the head football coach in 2006, after a successful high school coaching career. Jones built the team from scratch for the 2007 season. The Panthers went 1-7 in varsity play, and 2-0 in junior varsity games, with a team made up primarily of freshman and sophomore players. Jones left the program on February 14, 2008, accepting the first head coach position for the University of South Alabama. Assistant coach Eddie Garfinkle was tapped to lead the Panthers for the 2008 season. At the end of 2016 fall season, Coach Eddie Garfinkle was fired, and replacing him was Tony Joe White. White’s previous coaching job was at Centre College in Kentucky where he was the Offensive Coordinator. White was 3-7 in his first year as Head Coach for the Panthers.

Birmingham-Southern has a 12:1 student to faculty ratio, and of the full-time members of the faculty, more than 92 percent hold either a doctoral degree or the highest degree in their field.

The Southern Environmental Center is an environmental educational facility located on the campus of Birmingham-Southern College. Each year, hundreds of school children tour the facility's Interactive Museum and EcoScape.