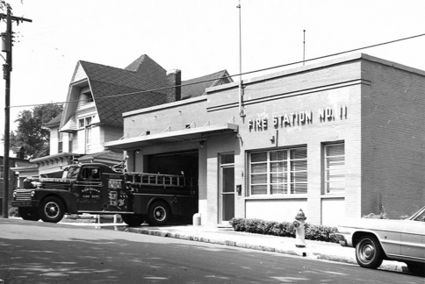 Birmingham Fire Station No. 11 (1910) was a station for the Birmingham Fire Department located at 1250 13th Street North, adjoining the alley between 12th and 13th Avenues to serve the Fountain Heights area.

Construction of a station in the neighborhood was recommended in a 1904 report by the Southeastern Tariff Association. The flat-roof one-story brick building was built around 1910 in a utilitarian commercial style with one large truck bay on the left side of the building and offices to the right.

In 1960 the station housed one 1,000 gallon pumper truck. After the station was vacated it served other businesses. Part of the bay door was bricked up and the windows were replaced with aluminum-frame units.

In 1990 the building was added to the National Register of Historic Places as part of a group of Birmingham's Historic Fire Stations. In 2005 a new Fire Station No. 11 and police substation was constructed at 4601 Bessemer Super Highway in Roosevelt City. The historic station has since been demolished.