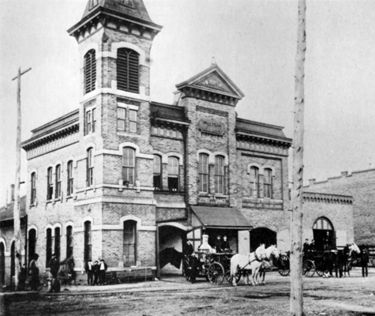 After switching to diesel-powered equipment, the City Market was demolished to make way for a new fire station building on the same site. That building was repaired and repainted by workers for the Civil Works Administration in the early 1930s. The property was later sold to the Holy Trinity-Holy Cross Greek Orthodox Cathedral.