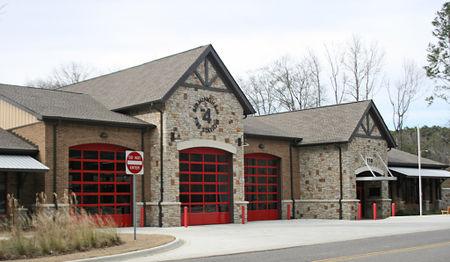 The land for the station was donated by United Cerebral Palsy, whose offices are located across the street. The station was designed in a rustic style featuring brick, stone and timber accents by architects Charles Williams & Associates.