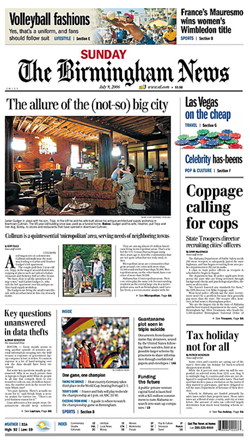 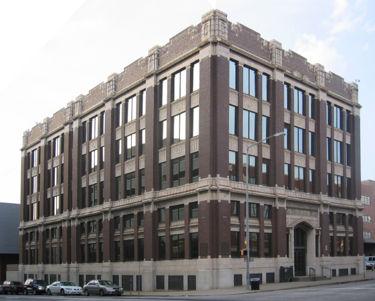 In 1917 the News moved to a new six-story office building on the corner of 4th Avenue North and 22nd Street and three years later purchased the rival Birmingham Ledger, increasing the size of its staff to 748 and its circulation to 60,000. In 1920 vice-president and editor Frank Glass retired. His 30 percent stake in the business was acquired by Hanson and two out-of-state newspaper publishers.

In 1955, Samuel Newhouse purchased the News and its subsidiaries (WAPI-AM, WAFM-FM, TV station WABT, Huntsville radio station WHBS-AM, The Huntsville Times, and a freight company) for $18.7 million, a record at the time. Newhouse's publishing empire, now known as Advance Publications, still owns the newspaper and its related businesses.

In 1980 the newspaper opened a new $32 million, 97,700 square-foot printing and production building on the half-block north of its offices. In 1996, the News Corporation switched the publication times between the News and the Post-Herald, making the News a morning paper. Both papers published a joint weekend edition, distributed on Saturdays.

In 2007, reporter Brett Blackledge won the Pulitzer Prize for Investigative Reporting for his series of articles exposing corruption in Alabama's two-year college system. Columnist John Archibald was awarded a Pulitzer Prize for commentary in 2018.