Difference between revisions of "Cadence Bank" 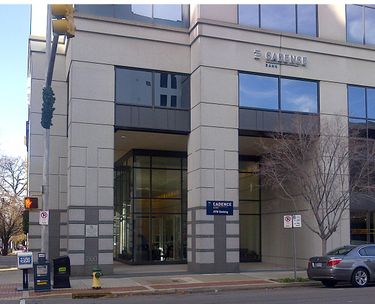 Cadence Bank, N. A. is an Atlanta, Georgia-based bank which is the sole operating unit of the Houston, Texas-based Cadence Bancorporation. From 2011 to 2018 the bank's headquarters offices were located in Birmingham.

Cadence Bank traces its origins to the 1889 founding of the National Bank of Commerce in Starkville, Mississippi. As it grew into markets where similarly-named banks were already operating in the early 2000s, it adopted the Cadence Bank name.

In 2010 the United States Office of the Comptroller ordered Cadence Bank to raise its capital ratio. After missing the deadline and facing a takeover by the FDIC, Cadence negotiated its sale to the Trustmark Bank of Columbus, Mississippi. Before that deal was finalized, a higher offer was made by the Community Bancorp LLC of Houston, Texas. Its acquisition was completed in March 2011, at which time Community adopted the Cadence name. Cadence Bank was merged eight months later with Birmingham's failed Superior Bank. At the time of the merger, Cadence had 38 office in Mississippi, Alabama, Florida, Georgia and Tennessee. Its seven Alabama branches included five in Tuscaloosa and two in Hoover. Superior had 73 branches in Alabama and Florida, and was the second-leading mortgage lender in the Birmingham market.

Superior CEO Sam Tortorici kept his position with the merged bank, which operated from Superior's offices in the John Hand building. When its lease expired in November 2012 it relocated to the Concord Center. In 2014 and 2015 Cadence Bank closed twenty-five branches and built its assets to over $8 billion. The holding company went public in April 2017.