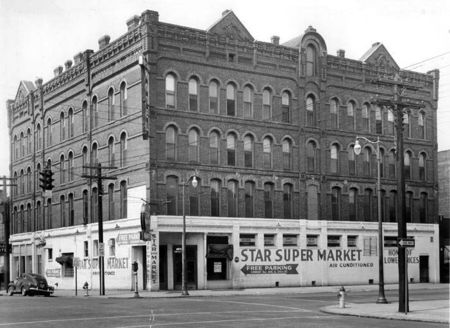 The Hotel Jefferson was a 4-story hotel located at the corner of 24th Street and 2nd Avenue North in the early 1900s. It was operated by J. B. Kennedy.

In 1909 the hotel, which charged $2 and $4 per day on the "American Plan" (meals included), offered steam heat and private baths, and sent porters to meet all trains at the nearby Birmingham Terminal Station. It was the official headquarters of "Post B" of the Travelers' Protective Association of America.

Later the building operated as the Eagle Hotel. The ground floor was converted into a Star Super Market.