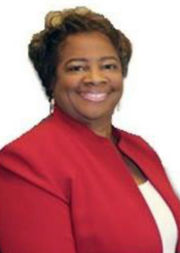 Ellen H. Spencer (born c. 1958) is president of the Smithfield Estates neighborhood. She was a candidate for Birmingham City Council District 9 in the 2013 Birmingham municipal election.

Spencer earned her bachelor of science at Miles College. She has served as a counselor for prisoners and helped establish a tutoring program at Daniel Payne Middle School. She was secretary of the Smithfield Estates community before being elected president. As a candidate for City Council, Spencer promised to bring community leaders, realtors and lenders together with city officials to strategize for economic revitalization in her district. Specifically she hoped to recruit a grocery store, dry cleaner and family restaurant to District 9.

She and her husband, Fred have five children.